Blog - Latest News
You are here: Home1 / Articles2 / Your Cellular Wireless Router may have Contributed to the Internet Mel...

If you were trying to browse the web last Friday chances are you were disappointed with performance; I have two different IP links into my office, and was speed testing both to see why I couldn’t connect to several key websites. The answer was a massive DDoS, or distributed denial of service, that brought down a number of popular websites including Amazon, Twitter, and Spotify.

If you dig a little deeper into the attack, the interesting part was not that a DDoS attack ground down Internet searches, but rather how the attack was started.

According to forensic security experts reporting last week, the outage was prompted by a botnet which exposed security vulnerabilities in Internet of Things (IoT) connected devices. As DYN’s Kyle York explained, What we discovered [was that] it was a part of an botnet attack called the Mirai botnet, which basically goes into folks’ homes and takes over Internet of Things devices and literally turns them into attack vectors. 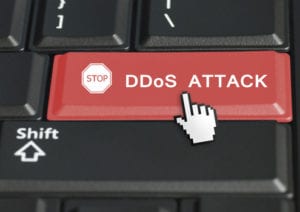 What does this mean and how can the impact of IoT devices be mitigated?  According to Gartner, a technology research company, an estimated 6.4 billion IoT devices were in use last year. By 2020, that number is expected to increase threefold to 20.8 billion devices.
Many of the devices used to prompt last week’s Internet meltdown were IoT home devices such as IP cameras, routers, and DVRs.   These devices will typically have default passwords set from the manufacturer, and are not often protected with strong security.   We also see these same types of routers deployed in corporate network environments used for secondary IP and Out-of-Band Management.

Do you know if your network deploys cellular wireless (IoT) devices?  If you don’t know, chances are there are at minimum some cellular IP-enabled devices are connected to your operation.  In North America, the world’s largest adaptor of LTE technology, cellular wireless carriers fully encrypt the airlink portion of the data from site to site; however there are portions of the data path that aren’t entirely secured from the carrier.

IoT devices serve a large and widening market for a variety of great reasons including quick provisioning, dynamic management tools, and of course great prices.  The use of IoT routers should continue to grow quickly by all estimates.  This being said, you need to protect yourself and your network with security from within.  Ensure you have password and security procedures that protect your core infrastructure and business.  Better yet, employ equipment that provides native encryption, and does not reply on external networks to furnish strong security. 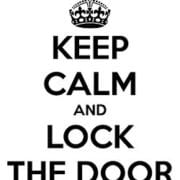 The Internet of Tomorrow
0 replies

Russian Hackers, DHS, and the US Election
Scroll to top